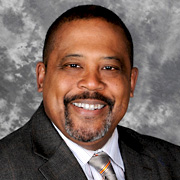 James Cosby joined Cox Media Group twenty eight years ago in late 1989. At that time, he joined the company at WSB-TV, an ABC-affiliated television station licensed to Atlanta, Georgia, as Account Executive. James has spent his career life in sales roles, specifically in the media space.

James’s current role is VP Sales, Cox Media Group-Ohio. Although a “typical day” can be difficult to define in the world of sales, most days you can find James leading a team of excellent multi-media sales professionals, including sales directors, managers, and sellers, all working to carry out the mission of dominating the region.

James resides in Centerville, Ohio with his wife, Reva. He strives to leave a legacy of helping his family. His career at CMG has provided him the opportunity to be a great provider for his loved ones.