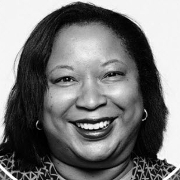 Have you heard of the Columbus Book Project? A visually stunning and expertly told coffee-table book set providing direct access to the pulse that keeps the heart of Columbus beating with ambition. If you have, you are among other Columbus enthusiasts, visitors, and community supporters who have been inspired and in awe of this authentic reflection of a city through original lavish photography and carefully curated art produced by a local team of creatives.

The curator and leader of this talented team of creatives and books are Alexia Winfield. Alexia moved to Columbus after undergrad to start her career as a rotational analyst at JPMorganChase. Alexia’s move to Columbus was consistent with what we’ve all heard before: transients move to Columbus and it becomes tough to meet people and acclimate to the city and its community. Alexia’s story was no different. Determined to live the lifestyle she envisioned for herself, Alexia moved from Polaris to downtown and started to host rooftop parties at her new downtown condo, inviting friends and their friends to enjoy good food and good people. From meeting creatives at her rooftop parties, walking to farm-to-table restaurants, attending events like urban scrawl, Alexia became inspired to create a coffee-table book showcasing Columbus’ love for fashion, design, art & cuisine. Shortly after this idea was formulated, she embarked on a three-year journey to capture and document a city entering its renaissance.

Through the journey of self-publication, Alexia has accomplished a plethora of milestones and continues to blaze trails. Here’s what she’s done in the past few years:

Still working full-time at JPMorganChase, Alexia continues to manage the Columbus Book Project along with producing other ideas that will soon be coming to fruition. Keep up with her on social media @lexyia on Instagram and the books @thecolumbusbookproject. Alexia can also be reached at [email protected].