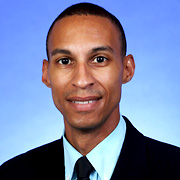 Brown has been in his current position since January 2017.His role includes facilitating the HAM Diversity Committee, collaborating with Honda’s philanthropy team as it relates to diverse community engagement and serving on Honda’s Inclusion and Diversity Council for Honda North America. He also provides strategic oversight of HAM’s Business Resource Groups.

Prior to his current Inclusion and Diversity role, Brown worked in several divisions within Honda. He began his career at Honda in 2004 in the Corporate Compliance & Ethics division.In 2007, he was promoted to a buyer role within the Purchasing division. In 2011, he accepted a role within the Human Resources area focusing on associate relations and progressed through various positions of increasing responsibility. From 2014– 2016, he worked in the Succession Planning/Inclusion & Diversity unit, where he was promoted to Staff Administrator. In January 2017, Brown was named Unit Manager of Inclusion & Diversity for Honda of America.

In addition to his Honda responsibilities, Brown currently serves on the Development Board of Nationwide Children’s Hospital and on the Ohio Diversity Council Columbus Advisory Board.He is a past board member of the Mad River Chapter of the American Red Cross, serving Logan and Champaign Counties, as well as the Program Committee for the Don M. & Margaret Hilliker YMCA.

Brown resides in Marysville where he pursues interests in community and family.