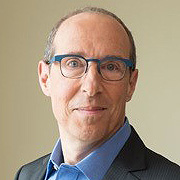 In April of 2003, Stephen Fechtor took his 20+ years of leadership experience in the advertising industry and invested it in his own agency. Since that time, Fechtor Advertising has been working with clients such as Cameron Mitchell Restaurants, Disability Rights Ohio, Donatos, the City of Dublin, Easton Town Center, Graeter’s Ice Cream, Jewish Family Services, Leo Alfred Jewelers, Macmillan/McGraw-Hill, PDS Planning, The Ohio State University/Fisher College of Business and law firm Vorys, Sater, Seymour and Pease.

Stephen is a recipient of the American Advertising Federation’s coveted Silver Medal Award, which recognizes people who have made outstanding contributions to advertising and who have been active in furthering the industry’s standards, creative excellence and responsibility in areas of social concern.

He served as an adjunct professor at Columbus College of Art & Design (CCAD), and his work has been featured in PRINT and ARCHIVE magazines and has been used in graphics and advertising texts.

Before entering advertising, Stephen was an award-winning composer/lyricist, and has written music for the theater, film, Sesame Street records and the advertising industry.