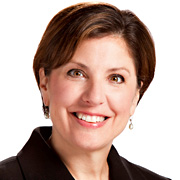 Wendy spent three years following the small school transformation of Cleveland Heights High School for KnowledgeWorks Foundation by reporting from inside the high school. Her final long-form narrative of that experience was published in October 2008.

In 2008 she was named a Peter Jennings Fellow for Journalism and the Constitution by the National Constitution Center in Philadelphia, Penn. In May 2008, the Cleveland Chapter of the Society of Professional Journalists awarded Wendy the Distinguished Service Award for Service to the Chapter and the Profession. She spent five consecutive years as a speaker at the annual Ted Scripps Leadership Training Program for journalists in Indianapolis and spoke about the impact of blogging on the media at the East Asia Journalists Forum in Seoul, South Korea in November 2004.