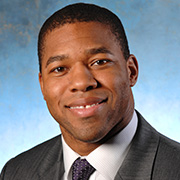 George spent ten years at The Lubrizol Corporation, his last three and a half years as Lubrizol’s Manager of Diversity and Inclusion. George has worked at the Northeast Ohio Regional Sewer District for the past three years. His current role is Senior Human Resources Manager – Talent Acquisition and Workforce Planning.