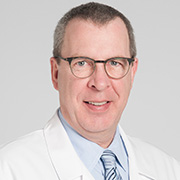 Donald Ford, MD, MBA, FAAFP is a Board-Certified Family Physician and Vice President of Medical Operations at Hillcrest Hospital, part of the Cleveland Clinic Health System. . He is the Co-Chair of the Clinical Advisory Committee and Choosing Wisely Subcommittee for Better Health Greater Cleveland. Previously he served as Chief Medical Officer and CEO of Sheikh Khalifa Medical City in Abu Dhabi, U.A.E.

While in Abu Dhabi he was the Course Director for the Second Annual Primary Care Conference as part of the Abu Dhabi Medical Congress and currently serves the same role for the Cleveland Clinic Primary Care Evidence-Based Medicine Conference. He is an Assistant Professor of Medicine at the Cleveland Clinic Lerner College of Medicine at Case Western Reserve University. His original research has been published in journals such as Family Medicine, The Journal of the American Board of Family Medicine, and the Journal of Addictive Diseases.

Dr. Ford graduated from the CWRU School of Medicine with Distinction in Family Medicine, completing the Accelerated Residency Program at University Hospitals of Cleveland. He has been awarded the Ed & Diane White Award for Excellence in Clinical Teaching at CWRU. In 2007, he became a Fellow of the American Academy of Family Physicians. In May of 2015 he received his MBA in Health Care from Baldwin Wallace University.