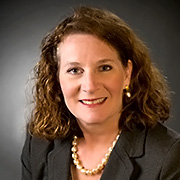 Carolyn E. Cheverine is the Vice President, General Counsel & Secretary for Cliffs Natural Resources Inc. Cliffs is an international mining and natural resources company headquartered in Cleveland, Ohio and a member of the S&P 500 Index. It is the largest producer of iron ore pellets in North America, a major supplier of direct-shipping lump and fines iron ore out of Australia and a significant producer of high and low volatile metallurgical coal.

Before joining the Cliffs’ team in October 2011, Carolyn served for 10 years as Senior Counsel of The Lubrizol Corporation, a chemical manufacturer located in Wickliffe, Ohio with her focus on corporate finance, mergers and acquisitions and securities. Through the years, she has gained extensive experience with subsidiary governance and corporate restructurings in many foreign jurisdictions, including China, Luxembourg, Belgium, France and other European and Asian countries. Ms. Cheverine started her career with Stoel Rives LLP in Seattle, Washington with her practice concentrating on corporate and securities work before moving to Cleveland where she was a securities and mergers and acquisitions lawyer for KeyCorp, a bank holding company.

Ms. Cheverine is active in the community and has served on a number of non-profit boards. Currently, she serves on the following Boards: Cleveland Playhouse (Assistant Treasurer), Fairmount Presbyterian Church (co-chair of Investment Committee), Advisory Council of the YWCA of Greater Cleveland (Secretary), Shaker Heights Sports Boosters (past president), Ohio Society of Mayflower Descendants, and House Corporation of Eta Gamma Chapter of Kappa Delta Sorority. She is active in the Cleveland Metropolitan Bar Association’s Women in Law section and the local chapters of the Association of Corporate Counsel and Society of Corporate Secretaries and Governance Professionals.