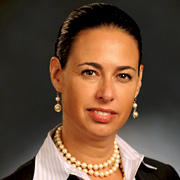 In 2014, Robin Everhart was appointed to the role of Senior Vice President and Chief Diversity Officer for Cintas Corporation, a $5 billion dollar business services company, headquartered in Cincinnati, Ohio. In her role, Robin is responsible for increasing the company’s diversity among employee-partners and maintaining an inclusive workplace where each individual can fully contribute to the company’s collective success. Robin also has oversight of talent acquisition for Cintas with a concentrated focus on the recruiting, hiring, retention and development of Management Trainees, Interns and the Accelerated Leadership Program, all pipelines of future leadership for Cintas.

In 2012, Robin was appointed as Group Vice President of the North Central Region of Cintas’ First Aid and Safety Division. While in that role, Robin was responsible for maximizing the region’s growth and profitability while leading and managing all operational functions in the organization.

Robin joined Cintas in 2005 and served as Chief Compliance Officer and Vice President of Government Affairs and Corporate Communications. Her responsibilities included the design, implementation and company-wide oversight of legal and ethical compliance issues as well as using the disciplines of Communications and Government Affairs to drive Cintas’ agenda, internally and externally, in an effort to protect and enhance the company’s reputation.

In 2011, Robin was recognized as both a YWCA Career Woman of Achievement and one of Ohio’s Most Powerful and Influential Women by the National Diversity Council. In 2012, Venue Magazine presented Robin with the Civic Leadership Award. In 2016, she was listed as a Top Executive in Corporate Diversity by Black Enterprise Magazine.

A native of Connecticut, Robin earned her BA from the University of Georgia and spent several years prior to Cintas building and maintaining comprehensive compliance programs for Fortune 500 companies including: The Home Depot and Winn-Dixie Stores, Inc. Now residing in Cincinnati, Robin is a graduate of the Greater Cincinnati Chamber of Commerce WE Lead Class II. Robin currently serves on the boards of Talbert House, ArtsWave, and Miami University Center for Business Excellence. Robin is a former board and/or advisory board member of St. Aloysius Orphanage Board of Directors, Xavier University Ethics Advisory Board, and Women’s Food Service Forum Advisory Board. Robin is a member of The Executive Diversity Council of The Conference Board and a former member of SCCE (Society of Corporate Compliance and Ethics).

Robin has served as an executive speaker at various universities, corporations and conferences.

When not working or lending her services to the community, Robin enjoys spending time with her husband and their three wonderful daughters.