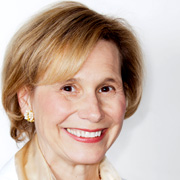 In 2008, Dr. Gordon was called to action. Her one year “tour of duty” (2008-2009) included a part-time position at the Chalmers P. Wylie Veterans Administration Outpatient Clinic in Columbus, Ohio, where she performed second-level screening for the Iraq and Afghanistan veterans suspected with traumatic brain injuries. Her experiences with young heroes affected by TBI led to the production of a documentary to educate the military world about the signs and symptoms of the injury and to educate the civilian world about the difficulties with reintegration our heroes were experiencing as a result of their service.

Her documentary entitled, Operation Resurrection, was completed by Patton Productions in February 2013. Benjamin Patton serves as narrator for the film which demonstrates solutions for health care, education, and employment for our returning 450,000 Veterans with TBI. In 2012, Dr. Gordon founded The Resurrecting Lives Foundation which attained 501 (c) (3) status in July, 2012. This non-profit follows through with the solutions set forth in the documentary, promoting collaborative efforts between military and VA resources, and the civilian community. Resurrecting Lives Foundation continues to serve as a voice for our heroes with TBI and the families who struggle to care for them.

Her primary goal in establishing the foundation was to provide educational, vocational and employment opportunities for the more than 60,000 veterans of the OIF/OEF conflicts currently living in Ohio. However the goal has now expanded to providing a national networking community to assist the nearly 450,000 veterans currently affected by TBI.