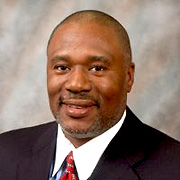 He provides support in the development of a comprehensive workforce diversity strategy for the City of Columbus and is working to develop a city-wide diversity external relations strategy. He continues to support the Equal Business Opportunity Office in the development of diverse supplier and procurement goals in city contracts for goods and services.

Director Francis was Senior Assistant Counsel for Honda of America from 1995 to 2004. He managed and supervised Workers’ Compensation practice, coordinated and managed legal services provided to Honda of South Carolina, and developed and coordinated Honda’s HIPPA compliance program.

Director Francis also served as legal counsel for Banc One Corporation and the Ohio Department of Development.