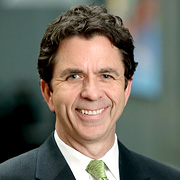 With relationships on main street, in the c-suite and throughout local neighborhoods, Harvey draws on 40+ years of leadership experience to help leaders connect, grow, and serve their community. Believing better leaders create a better world; his collaborative style and best practice solutions help business, community and faith leaders leverage their networks to provide sustainable solutions in solving community needs.

Hook founded Relã in 2015 following 26 years as Founder and Executive Director of The Gathering, an organization that addressed the moral, ethical, spiritual and leadership needs of business and government leaders. Over 80,000 people have benefited from Relā and Gathering programs since 1988. Prior to his role with The Gathering, Hook worked for eleven years with at-risk, urban and incarcerated teens in Denver, Colorado and Columbus, Ohio.

Hook has served on Mayor Michael Coleman’s Religious Advisory Committee, the Central Ohio Better Business Bureau – Integrity Awards Selection Committee, and the Board of Advisors for The Joseph Group Capital Management, and VisionSpark. Additionally he was a member of Mayor Greg Lashutka’s Task Force on Racial Reconciliation, Moderator of the Governor’s Prisoner Reentry Summit with Governor Voinovich and Prison Fellowship Chairman, Charles Colson, and Secretary of the Greater Columbus Billy Graham Crusade.

Hook’s first book, The Power of an Ordinary Life, was released by Tyndale Publishers in 2007. A native of Maine, he graduated with a B.A. in Psychology from SUNY Albany, New York, and received his Master’s Degree in Counseling, from Denver Seminary. He and Rita (Toth) Hook have been married for 35 years and have two grown daughters.