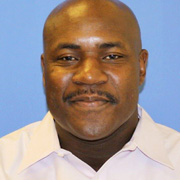 He is an experienced Business Transformation Professional. His certifications include Certified Six Sigma Black Belt, Certified Lean Six Sigma, and has received his certification from Project Management Institute. With over 17 years of diversified experience in Six Sigma Project and Lean Initiatives, he was certified by General Electric as a Six Sigma Blackbelt where he spent his years looking for process improvements for the company. He worked for FISERV, where he taught Six Sigma Training for the company. He transitioned to the healthcare business in 2012 when he was hired by CareSource. In his previous role with CareSource he created new business Request for Proposals, led the Integration of new products and implementations, and was a key liaison to the business areas for growth initiatives.

Aaron is a member of the Dayton Board of Directors, Big Brothers and Big Sisters, and an Associate Board Member of the Dayton Art Institute. He has been a football coach at Wayne High School of Dayton for 23 years, where the team has been state runner-up in division I football for 4 years.

He and his wife live in Dayton, Ohio, and enjoy spending time with their 3 girls and American Bulldog, traveling, live music and cooking.