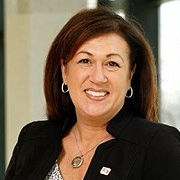 Tami Wise serves as the Director of Human Resources for Fifth Third Bank (Northwestern Ohio). She is accountable for assisting the line of business Executives implement and execute HR strategies and solutions that support their short term and long term business and human capitol objectives.

She joined Fifth Third Bank in 2008 as the Employees Relations Consultant. She was promoted to HR Business Partner in 2010 and named Director of Human Resources in early 2014.

Wise began her career in the banking industry as a Human Resources Generalist for Sky/Huntington Bank in 2003 and was promoted to Regional HR Manager in 2005 until she joined Fifth Third in April of 2008.

Tami is a graduate of the Bowling Green State University where she received a Bachelors of Science in Business Administration. She earned a PHR Certification in 2004. She is currently enrolled in BGSU’s Executive Master of Organization Development program.

Wise is currently a member of the Workforce Advisory Council for the Toledo Regional Chamber of Commerce and is a member of the Toledo Area Human Resources Association. Previously she served on the Board of Directors for the Harbor House for 5 years, serving as Board President for two of those years.