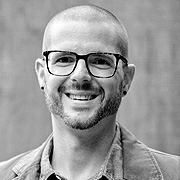 Daniel joined the National Diversity Council in June of 2016, transitioning from his role as a public school teacher in one of the highest-ranked high schools in Ohio. During his four years as a teacher, Daniel was fortunate enough to be involved in many forward-thinking projects and groups. He was selected to assist in creating and implementing a pilot program designed to bridge the academic gap for at-risk students between high school and college in the South-Western City School District, and worked with a city-wide group of educators and researchers to further explore that student transition. As a part of the excellent Olentangy Local Schools system, Daniel helped to create a new blended learning module for senior students, and was an active member of the district’s curriculum blueprinting team.

Daniel graduated with a Master’s of Education from The Ohio State University, and is a life-long Ohio resident. Over his adult years, he has participated and led many international trips, some as short as a week, and others ranging from months to almost two years.
While on a team to start a bilingual elementary school for at-risk youth in Thailand, Daniel managed a diverse team of educators, of all ages, ilk and nationalities, providing linguistic and cultural leadership. He wrote curriculum, translated, taught full-time, volunteered with local non-profits, and fostered a young Thai child with his wife.

In Columbus, Ohio, Daniel and his family volunteer with World Relief as cultural liaisons to incoming refugee families, providing friendship and support in times of transition. They seek to walk with refugee families through the cultural barrage of resettlement, all while learning about their home culture, language, and traditions.

Daniel has been married to his wife, Noelle, for ten years, and they have two biological children together. Recently, they returned from the Democratic Republic of the Congo with their newly adopted son, a family-building dream over two years in the making.

Daniel counts himself lucky to have had the opportunity to expand his worldview by traveling the world, and continues to seek new opportunities to do so. He’s also thrilled to live in a city and state where he doesn’t have to leave to experience myriad cultures, languages and diversity.

He has high hopes to increase The National Diversity Council’s visibility, work and influence in the great state of Ohio.