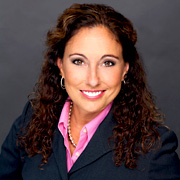 Pam Heminger, vice president of Honda of America Mfg. (HAM) is responsible for the management and direction of the company’s Administration, Purchasing and Business Divisions.

Prior to this role, Heminger oversaw the HAM Business Division, which includes the Facilities, Accounting, Information Systems, New Model Center and Production Control and Planning departments.

Heminger joined HAM as a Purchasing buyer in 1996. She was promoted in 1998 as a team leader. Two years later, Heminger was named Purchasing manager of the Functional Engine Team and assumed the same role with the Electrical Team in 2001.

In 2003, she became manager of the Purchasing Strategic Development Group. Following an assignment as leader of HAM’s MRO purchasing unit that included Purchasing unit manager responsibilities, she was promoted to department manager of Cost Planning in 2011, responsible for North America Supplier Sourcing and Cost Management.

In 2012, Heminger was promoted to Division Manager of the HAM Purchasing Operations division, responsible for ensuring outsourced products met the expected quality, delivery and packaging requirements.

Prior to joining Honda, Heminger worked for Lennox Industries as a commodities manager.

Heminger has a Bachelor of Science degree in procurement and materials management from Bowling Green State University. She received her MBA from Capital University in 1994.

In the community, Heminger has served as a guest speaker at Bowling Green State University. In addition, she was an institute member of the university’s Supply Chain Management Institute from 2004-10, as well as a Board Member for the Institute from 2006-10.

Heminger served as a Governing Board Member for the Children’s Hunger Alliance from 2013-17 and is a currently a Board Member of the Ohio Manufacturers’ Association and the HAM Foundation. In 2017, she became a member of the Honda Patent Technology Steering Committee.

In 2015, Automotive News selected Heminger as one of “100 Leading Women in the North American Auto Industry”.